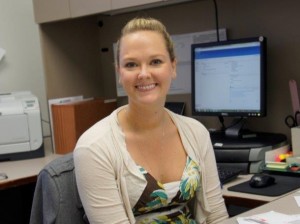 Ms. Scott is a valuable team member working in several positions during her six-year tenure at CAPS. She has served as Receptionist, Mechanical Field Service (MFS) Administrator, Corporate Accounts Payable and Corporate Accounts Receivable Specialist. According to CEO Taylor Norris, “in each role Ms. Scott has excelled and proved to be a valuable asset to the entire organization”. In her new role, Ms. Scott will be handling the Human Resources duties and responsibilities for the company with over 250 employees. Norris knows the task is large, but is confident Ms. Scott will meet and exceed the expectations as she has previously done in the past.

CAPS is a strong believer in promoting from within the company. “CAPS always makes an effort to promote from within when the opportunity arises. This is one of those opportunities,” Norris said.

Join us in congratulating Alicia Scott!